Florida State University's Robert K. Godfrey Herbarium is a museum-quality collection of over 220,000 plant and microalgae specimens. These document the distribution and natural variation of the 2,400 species of flowering plants, ferns, conifers, and cycads found in northern Florida-one of North America's biodiversity hotspots-and the microalgae of Florida's Gulf 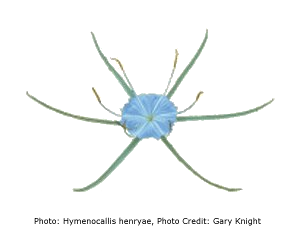 and Atlantic coasts. Each plant specimen is carefully identified, pressed, dried, and mounted to archival standards, with accompanying data on where and when it was collected. The specimens are a valued resource to local, state, national, and international biologists studying plant and microalgae systematics, ecology, evolution, biogeography, conservation biology, anatomy, and morphology. New specimens are added to the collection each week. As of May 2014, the collection includes all specimens from Stetson University's Herbarium (DLF). In August 2003, Austin Mast became the new director of the herbarium. Though now retired, Loran Anderson remains active in the herbarium. The current curator is Katelin Pearson.

In August of 2003 the Robert K. Godfrey Herbarium set up a digital imaging system and SQL database. Currently 93,616 of our 220,000+ specimens have been entered into the herbarium's database. In late 2010, Tall Timbers Research Station's Herbarium began serving specimen data and images on this site as well. Currently, data and images for 10,505 of Tall Timbers Research Station's 10,000+ herbarium specimens are being served. Specimen images and data from both institution's can be searched by following the database links on our menu or by clicking here.